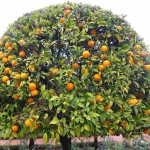 Redwan Masud is one of the budding poets of this period in Bangladesh. Meanwhile his reputation has spread around. In his poems, love, patriotism, childish emotions and philanthropic mood is so clear. The main aspect of his poetry is heart touching emotions of human being. His poetry creates deep emotions in human inwards mind. His poetry has gained wide popularity in the social media.On 6th January 1988, the poet Redwan Masud was born in the village of Moral kandi of Jajira Upazila in Shariatpur in a very respectable Muslim family. His fathers name is Md Nuruddin Moral and his mothers name is Jamila khatun. His mother died in 2006. Poet Redwan masud is fifth in number among his nine brothers and sisters. His brothers and sisters are all highly educated and established. He has completed his graduation from BRAC University, from the department of finance.

In the meantime he is the founder and CEO of Bangladesh’s largest information resource “Banglakosh”. He is also the news editor of the popular news portal Moral News and News updates. He writes for several newspapers as well as the study of poetry. In the book fair of 2014, his first book of poems, “Mayer Vasha” has been published. The worth mentioning poem of this book are ”Prio matrivumy”,”Kisher ashay bandhbo ghor”,”Maa”,”Maayer vasha”,”Ami aj klanto”,”Ar koto valobashle valobashbe amay”,”Choukhe ekhon ar jol ashena”,”Je kotha hoyni bola”,”Jodi chole jai”,”Tumake vulte gie”,”Nirobei knadbo”,”Tmi fire esho” etc..

Again in the book fair of 2015 his book of poetry namely “Mone pore tumak” has also been published. Without these his another book of poem namely ”Porir deshe” is going to be published. ”Motsho konna” is his one book of story which is waiting for publishing. Another unpublished biography book is ”Joshose Jonopod Brihottor Faridpur”. His studies history as well as writing poetry .He has already started the work for publishing ancient history of this country. His house looks like a library. Around the entire house there is nothing but books. He gained widespread popularity as a poet, but the number of books of poetry in his house is trivial. He has created a small palace in his house with variety of books namely history, travel books and biographies. Traveling, fishing, gardening, etc.,are his hobby. He has already visited almost all the country. Therefore, the most important aspect and significant issue of his poetry are natural beauty and patriotism. Proudly saying that Redwan Masud always tries to stand beside sad-wretched people and love them very much and never ever avoid them intentionally. He tries to draw the pictures of the sufferings of poor and general people in his poem by his internal colorful brush. He has been living in this era of modernity in a very simple way. He does not like to lead a gorgeous life like others. He has much popularity in hospitality. He has dedicated his life for the best welfare of human being. He determined to remain firmly with their future life.

No comments to show.